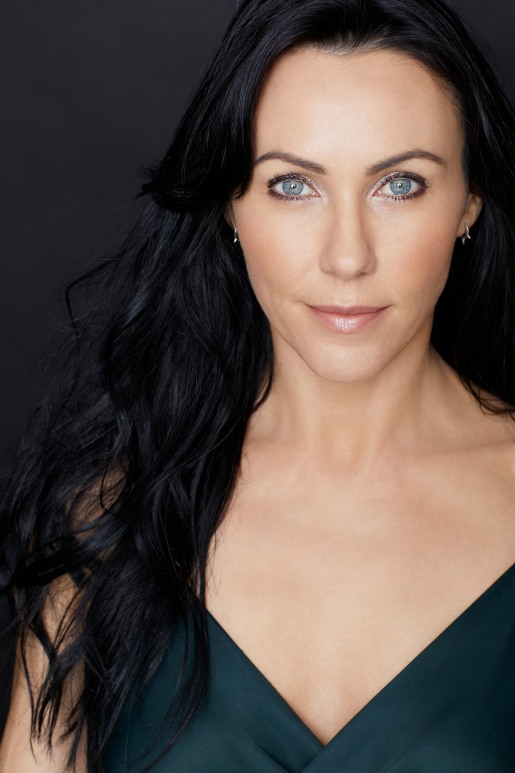 So far, what has been the highlight of your career ?

I’m sure it’s still to come, but if I had to say something, it would be, right at the beginning of my career, auditioning with Robert Duvall and playing his daughter.

The film, A Shot at Glory, was a great learning experience for me, there were some great actors in that film and I got to do one of my first jobs with an absolute legend.

What do you miss most about Scotland ? I read in one article that this was square sausages. I mentioned this on a “Monarch of the Glen” messageboard and then got a reply from a man saying that he’d lived in Glasgow all his life and that he’d never heard of them. He asked me what they were.

Square sausages ! I can’t believe he’s not had them. Does he not leave the house ? I was kind of joking about the sausages. I actually miss my family most, hanging out with my mum and sister and seeing my nephew change and grow every day.

What’s been your worst job ?

When I was younger, my friend and I spent every day in December at Gatwick Airport trying to convince people to take a free BT chargecard. Getting up at 4 am every day in December when it’s miserable weather was awful and we were not very good at our job either…we spent most of the day doing crosswords….that bit was ok 🙂

Given that you had the choice of anything, what would be your favourite meal ?

I would have to choose travelling back in time to when my gorgeous little nana was still with us and ask her for her very special french toast…with brown sauce. I love french toast with fruit and maple syrup too, but nana’s was the best.

What’s the strangest thing you’ve ever read about yourself ?

I don’t read much about myself. Most stories in newspapers are…pardon my french…full of complete twaddle!, so I don’t even bother reading them.

Have you any hobbies ? I know one is that you taught yourself to play the guitar.

Guitar and songwriting are probably top of the list. I’m also a bit of a puzzle fanatic and I can’t get enough of gardening. It’s extremely relaxing and rewarding. I don’t just talk to my plants, I’m a little crazy and name them as well ! I’m also a DIY diva. I did a lot of the renovations on my flat and really loved it.

What are your greatest fears ? I know you don’t like water after an incident at Renfrew baths.

Yes, water is one of my fears. I’m getting better though and had to do some under water filming in Canada last year. I was frightened, but you have to just go for it. I’m not too great with heights either. I recently visited the Grand Canyon and could not go anywhere near the edge without feeling sick. I’m not sure if that’s a fear of heights, or a fear of falling !.

I guess my ideal place to live would be a big house in the country, with lots of land and animals and a huge garden..of course. I wouldn’t want to be too far away from my family, so I’d definitely stay in Britain.

Do you have any preference for films, tv or theatre ?

Well, as I’m sure you’ve heard many actors say before, they are all a very different experience. TV nowadays is very fast and not much or no rehearsal time, but can be really exciting because of that. I prefer the time and the discipline of film. Theatre is very gratifying, due to the audience going through the experience of the play with you. I love them all, I just love working.

Other than anything mentioned above, what are your likes/dislikes ?

I dislike …inconsiderate people, cruelty, anyone touching my feet, bad drivers, metal cutlery in my mouth, sand in my shoes and sandwiches!, wet towels on the bed, lemons ( I’m allergic ), the phone ringing late at night, shoulder pads, ironing….actually, I HATE ironing, losing things ie my luggage ( BA did that recently to me and I’ll never see it again ), really didn’t like that, bottle green and queueing.

I read in an article that you have the nickname Kye. How did that arise ?

Well Kye is an old one I used in America as people over there have a hard time saying Kirsty..they say Kristy and it started irritating me so my friend called me Kye so there was no mistake. My friends in the UK just call me Kirsty.